During the Covid-19 pandemic, it has been easy to overlook our other ongoing pandemic of obesity. Currently, the debate on the cause of obesity reminds me of the old Miller Lite commercial with the two groups of ex-athletes screaming “less filling” or “great taste” at each other to explain their reason for drinking a light beer. Today in obesity research, scientists are screaming “eat less” or “reduce carbs” as their mantras to overcome obesity. Scientifically speaking, the “reduce carbs” group states that the Carbohydrate-Insulin model of obesity is the real cause of the problem (1,2). On the other hand, the “eat less” group contends that the scientific evidence for the Carbohydrate-Insulin model doesn’t exist, and to lose weight, you must consume fewer calories. (3,4).

Maybe the problem lies in better defining the problem? Obesity can be best understood as the dysregulation of metabolism resulting in excess fat storage. Using that definition of obesity, then the real cause of our obesity crisis may involve inhibition in the master regulator of metabolism, which is AMPK. Metabolism allows us to convert food into the energy we need to survive. Ultimately, your metabolism is orchestrated by AMPK. Furthermore, AMPK is under robust dietary control. Thus, looking at how the diet controls AMPK becomes a potentially more fruitful area to understand our current obesity pandemic than turning up the volume on the “reduce carbs” versus “eat less” debate.

If AMPK is activated, it becomes difficult to become obese because it reduces the storage of excess body fat by increasing its oxidation. But, if AMPK is inhibited, it becomes easy to store incoming calories as excess body fat (5,6). This new perspective on the underlying cause of obesity is what I term the “AMPK model of obesity.” This model explains why both the “eat less” and “reduce carbs” groups are partially correct but still not close to understanding the molecular causes of obesity.

Both groups are partially correct because excess calorie consumption as well as excess carbohydrate consumption will inhibit AMPK activity (7). However, that is only one side of the equation. You also must look at the dietary actions that activate AMPK (7). The dietary activators of AMPK include following a balanced anti-inflammatory calorie-restricted diet such as the Zone diet, coupled with the adequate intake of omega-3 fatty acids and sufficient consumption of polyphenols.

It is not simply reducing calories but reducing calories while also maintaining adequate protein intake to preserve lean body mass, balanced with the correct levels of low-glycemic-load carbohydrates and low levels of fat. This concept was demonstrated in an elegant 1999 study in which obese adolescents consumed isocaloric meals (400 calories) with different protein-to-carbohydrate ratios on three separate occasions (8). One of those three meals consisted of the macronutrient balance that describes the Zone diet. The Zone meal dramatically reduced insulin responses and increased the counter-regulatory hormone glucagon compared to the other two calorie-restricted meals with a higher carbohydrate-to-protein ratio (8). Another result was that subjects who consumed the Zone meal had less perceived hunger after finishing the Zone meal for breakfast and consumed 46 percent fewer calories after consuming the same Zone meal for lunch that they had consumed for breakfast (8). So, it is not simply reducing calories but having those restricted calories with the correct balance of protein, carbohydrate, and fat that stops hunger. Thus, a balanced Zone diet is one way to activate AMPK because it reduces calories and generates improved hormonal outcomes.

Since AMPK is the master regulator of metabolism, reducing its dietary inhibitors (excess calories and excess glucose) while simultaneously increasing its dietary activators (the Zone diet, omega-3 fatty acids, and polyphenols) represents a new theory for obesity. But, more importantly, you also have the dietary roadmap to help to reduce other chronic disease such as diabetes, heart disease, and Alzheimer’s. Why? Because all these chronic conditions (and more) are related to increased insulin resistance which is also caused by inhibiting AMPK (7, 9). 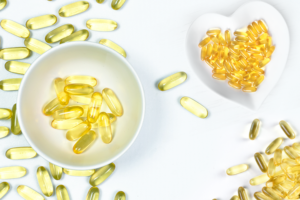 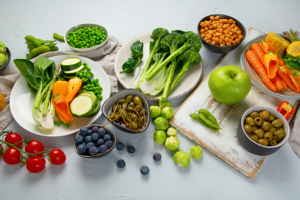 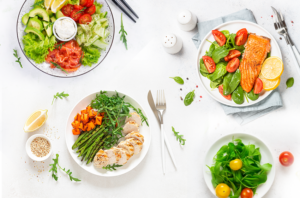 To make science reproducible, you must have definitions. The more rigorous the description, the more likely the science behind it can be